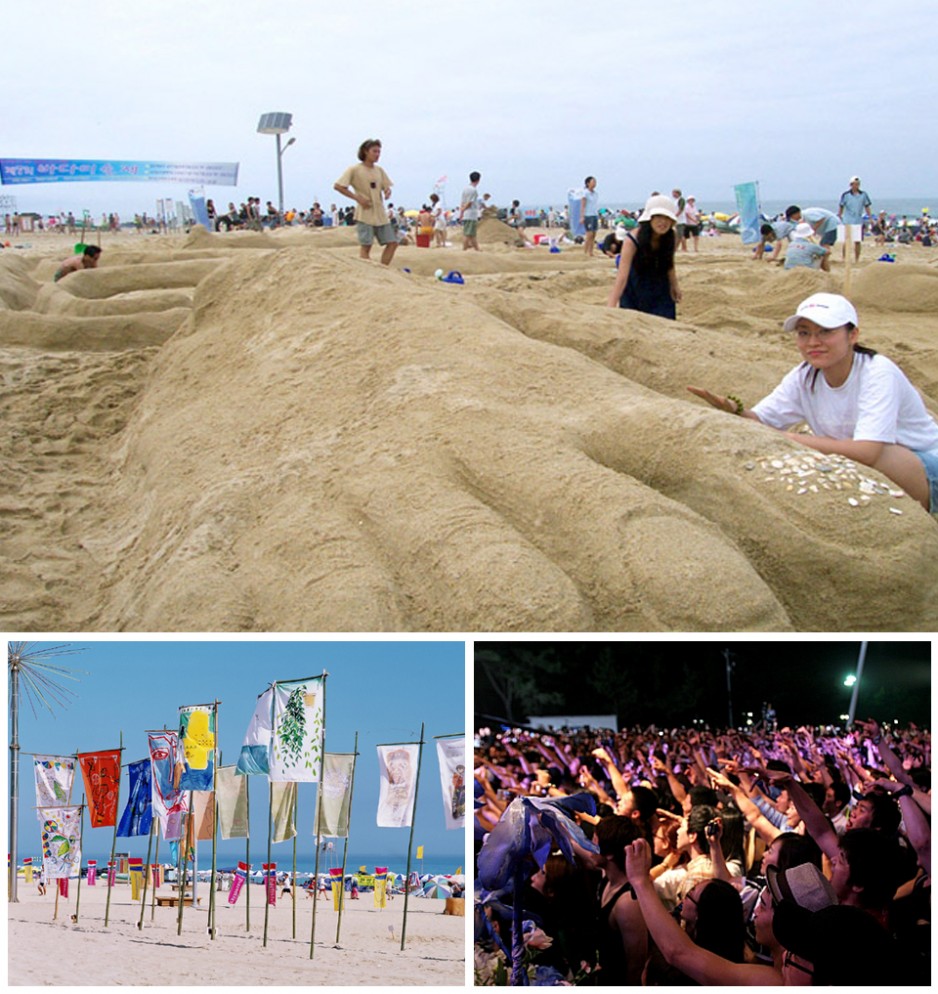 The summer sea art festival was held in 1992 in Gyeongpo, the beach volleyball tournament on Jumunjin beach,

and residents' singing to celebrate the local culture and arts.
Since 1995, it has become an opportunity to promote local culture at summer beaches and provide stage activities

for artists to develop the culture and arts of Gangneung.

▣ Period: Every year from late July to early August